The old streets of Mar Mikhael may be seeing a transformation

But while nightlife and tourism is held up as a vital artery of the Lebanese economy, the fear is that Mar Mikhael might morph into a new Gemmayzeh, with property prices soaring and the mostly-unlicensed premises making life hell for those who thought they lived in a relatively peaceful neighborhood.

According to the Ministry of Tourism, only around 5% of the bars in Gemmayzeh and Mar Mikhael are legal, as most do not meet requirements, in particular one necessitating adequate parking spaces for each establishment. Furthermore, the municipality refuses to issue permits to many pubs because they are situated in a designated residential area. These pubs then, for the most part, operate illegally.

Nonetheless, there has been a steady increase in license applications to the Ministry of Tourism since the second half of 2008, and a sharp increase since 2009. But most of these applications are for restaurants. When inspectors from the ministry visit these so-called “restaurants,” they usually discover the minimal kitchen and a well-stocked bar. “We cannot go on like this,” a ministry official told NOW. “We have to find a solution and help legalize the pubs.”

Owners of bars without kitchens – in which case, they cannot even apply for a restaurant license – resort to bribing government officials. “Of course,” said Ramzi, a bar owner in Gemmayzeh, when asked whether this practice is common.

The recent development has already pushed up property prices. Anthony, 25, who recently opened Dessau in Mar Mikhael, says rent is “going up faster here than in any other area.” Tommy Tabib, who opened L’Osteria this April, predicts that people trying to rent and open pubs nowadays will probably pay double what he currently pays.

But what do the local residents feel about their once-sedate neighborhood becoming an adjunct to Lebanon’s tourism epicenter?

“At 2, 2:30 a.m., we’re going to hear loud noises of people getting drunk. It’s not good,” said Joseph, a long-time resident and building owner, who is already concerned about how loud it has become at night. “Everything is not [about] money,” he said. And he is not the only one. A building owner across from Joseph was offered over $1,500 a month by someone who wanted to open a restaurant-pub on the ground floor – much higher than what her current tenants are paying – but she refused in order to keep the calm and not disturb the neighbors.

But even if some decline offers from prospective bar owners as new tenants, others are taking advantage of the area’s popularity. In the eight-story building this reporter lives in at the top of the Mar Mikhael stairs, the landlord has doubled rents.

George, a local real-estate broker confirmed that residential prices in some cases have tripled to $2,000 per m2. He said that an Emirati customer unsuccessfully made an offer of $4,000 per m2 for a 900 m2 house in Mar Mikhael just east of the EDL electricity building.

And those who cannot take a piece of the pie feel cheated. “It’s not fair,” Joseph, the same landlord who disapproves Mar Mikhael’s new development course, complained. He has ten tenants in his building paying him the “old rent” – what they paid before 1975 – of $300 per year. Three of the renters live in Paris and only return for summers.

Security measures were taken, cars were removed from both sides and preparations were made for the visit of Minister Ziyad Baroud. During his visit, 213 driving licences were suspended because the drivers were driving without putting their seat belts especially the valet parking.

Cars parked in a no parking zone were removed. Minister Baroud was very strict in applying the law and he even gave fines and he wrote them himself.

We need ministers that goes between the population and work on the ground to "Lead By Example" and not only sit behind their desks. Minister Ziad Baroud thank you for being their for the citizens.

In the next few days we will have a tour in Gemayze and see if this visit had an impact on the Valets parking, restaurants, pubs and especially the police.

First of all, Baldati.com is a local and international website which unites the lebanese citizens all over the world. Baldati is a foundation that gathers all the lebanese people via internet. Baldati incites our curiousity and love of adventure and exploration. Through Bladati's hikings all over the lebanese villages and mountains we are getting acquainted with our unique forgotten scenery and beauty of our country. Lebanon has marvelous places and sites undiscovered or unseen by several people. Therefore, Baldati is the easiest place to go into either through website or trips. Thus, the workshop that i've attended taught me the acceptance of the other through various ways. Baldati joined lebanese people from all over its regions and areas with different backgrounds, religions, and cultures. With full respect to one another, with one heart and one soul through communication, interaction and respect we became ONE with Baldati's primary educative, national target.

Did You Know?
HEALTHY JUICES

Jus to check this out......
The Organs of your body have their sensory touches at the bottom of your foot, if you massage these points you will find relief from aches and pains as you can see the heart is on the left foot. 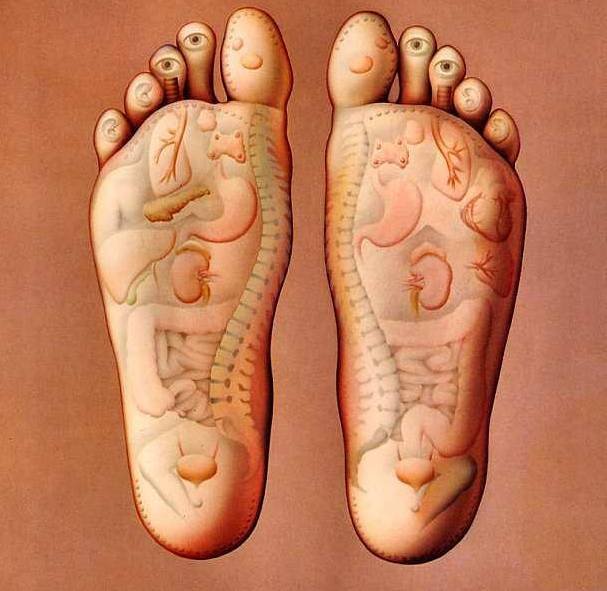 Typically they are shown as points and arrows to show which organ it connects to.

It is indeed correct since the nerves connected to these organs terminate here.

This is covered in great details in Acupressure studies or textbooks.

God created our body so well that he thought of even this. He made us walk so that we will always be pressing these pressure points and thus keeping these organs activated at all times. Good one. Don't miss the attachments
Did You Know?


.... DRINK WATER ON EMPTY STOMACH
It is popular in Japan today to drink water immediately after waking up every morning. Furthermore, scientific tests have proven a its value. We publish below a description of use of water for our readers. For old and serious diseases as well as modern illnesses the water treatment had been found successful by a Japanese medical society as a 100% cure for the following diseases:
Headache, body ache, heart system, arthritis, fast heart beat, epilepsy, excess fatness, bronchitis asthma, TB, meningitis, kidney and urine diseases, vomiting, gastritis, diarrhea, piles, diabetes, constipation, all eye diseases, womb, cancer and menstrual disorders, ear nose and throat diseases.

1. As you wake up in the morning before brushing teeth , drink 4 x 160ml glasses of water .....Interesting

2. Brush and clean the mouth but do not eat or drink anything for 45 minutes.

3. After 45 minutes you may eat and drink as normal.

4. After 15 minutes of breakfast, lunch and dinner do not eat or drink anything for 2 hours.

5. Those who are old or sick and are unable to drink 4 glasses of water at the beginning may commence by taking little water and gradually increase it to 4 glasses per day.

Every Saturday night, the narrow and scenic streets of Gemmayzeh and other parts of Ashrafieh fill with energetic young people, eager to hang out and socialize until light beckons a new day.

For many Lebanese living abroad, it is the distant echoes of their laughs that bring them back every summer.

On Monot Street in Ashrafieh an endless stream of people meander down the road, gradually diverging and dispersing into the various nightclubs that are located on it.

Of course, not everything about Beirut's nightlife is positive. In Gemmayzeh, Beirut's answer to New York's hip Alphabet city, the reveling has infuriated many residents.

Fed up with late-night noise spilling out of bars and clubs and infringing on their sleep, they have started a small uprising, complete with water bombings of bar patrons and even the occasional egging.

When asked which the best bar in Gemmayzeh is, a group of rowdy teenagers conspicuously rattled off the names of three clubs believed to be owned by the same shareholders.

However, they quickly added that no Saturday night in Beirut is complete until you've headed to B0-18.

This remarkable coffin-like structure is submerged into a cement lot in Karantina.

The club stays open until 7:00 am and is therefore highly descriptive of the capital's nightlife: never-ending.

12 years ago
Ur Right BO_18 Club Is The Ever Best Club And Milk Club Milk In Jemmayze Too and more& more club 55..!

4 Ever NightLife And Clubbing!